These published stories are not available online. 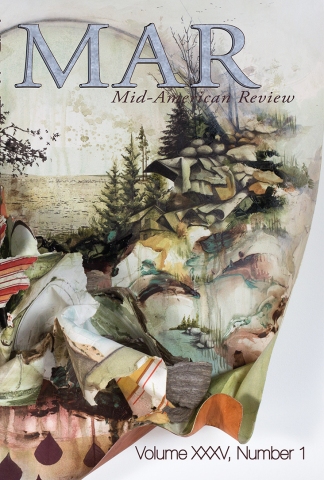 She left three things behind.

The rings, I understand. On a scarlet dinner napkin—from the set we used for Christmas, when she folded the fabric to look like poinsettias, each rising from the center of a bone-white plate.

MAR did a fun author
interview with me here.

A few days before my 40th birthday I felt in my fingers what I feared was an early sign of arthritis. No, I told my work friend Angela, who is only a few years short of retirement and knows the symptoms of arthritis too well, nothing felt stiff. Nothing ached. I flexed my fingers, then typed on an imaginary keyboard. “They feel… urgent?” Like they couldn’t stand to be still.

November 1, Lewiston. The body of a woman was found at about 6:30 this morning in the dumpster behind Regent’s Drug on 10th and Sampson. Where you last saw her.

When Regent’s Drug employee Cheryl Simms saw the hand curled around a crumpled paper bag in the dumpster, she assumed it was fake—part of a discarded Halloween costume.

Sarah had wanted to meet so she could apologize for using the sock puppet to break up with me. “I was sure that if it came from Lemonade,” she said, “you would hear it… better. Softer. Isn’t that right, Lemonade?”

He nodded, his terrycloth rabbit ears flopping pink against the white cotton sock.

Jenny tends to be startled by her own face in all those photos her friends take while they’re hanging out—who is that?

Jerry was counting pairs of shorty-shorts—a deeply sad fashion trend he’d hoped would never come back—when he heard the “Here you go” from the bangs-and-ponytail that had taken his order, and turned to claim the Styrofoam cup she had pushed through the window.

For the school carnival that Halloween before she graduated, she had dressed as imaginary i. Imaginary i as a Hollywood-style superhero in a cat suit, that is.

Image of the printing press is from Wikimedia Commons, here.